The Foundry hasn't had any particularly good sales as of late, but they definitely made up for that today.  It's a Mid-Mod lighting bonanza! 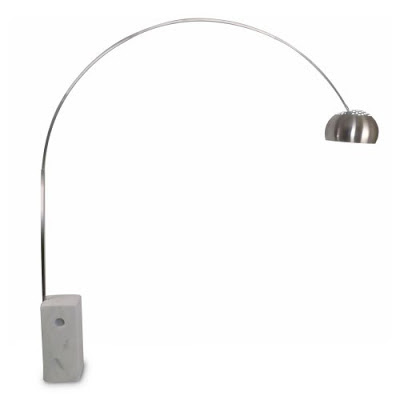 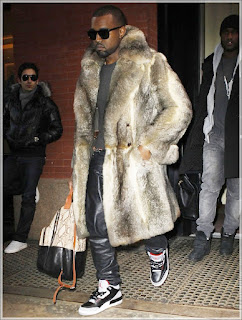 No, not the douchebaggy kinda swag.  This is REAL swag - free stuff!

Who's a good boy

Having a feral cat who lives at the office qualifies me as a pet-owner, right?

And wouldn't you say that every good kitty cat needs a treat now and again? 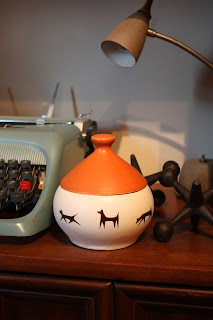 Email ThisBlogThis!Share to TwitterShare to FacebookShare to Pinterest
Labels: Ballin' on a budget

After sucking down candy, cakes, and roast dinners all winter, it's time to fight the podge and start my bike regimen anew.  The plan this time around is the same as the last: 20 - 30 miles on the stationary bike a day and light weight lifting.

The best part about using a stationary bike is that I can work (OK, more like procrastinate) on the computer and watch movies while exercising.  However, I've exhausted Netflix and the list of decent films coming out of Hollywood in recent years is rather thin.

So, despite my trepidation, decided to give Adam Sandler's Click a watch. I'm not exactly the biggest Sandler guy (the novelty of fart jokes and weird voices wore off around the time that my age hit double digits), but I'd been tipped off by numerous blog posts, websites, and forums that an Eames 670 lounge makes an appearance.  That's as good a reason as any, right?

So I get to the Eames cameo and... 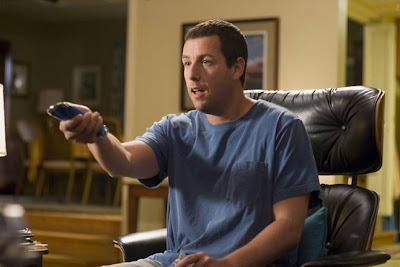 The Barcelona in stonewashed denim: a work of tongue-in-cheek postmodern art or the world's worst upholstery job? You decide.

There are some sights so horrifying that words simply cannot convey the shock and revulsion that they induce, so I'll just post the pictures. 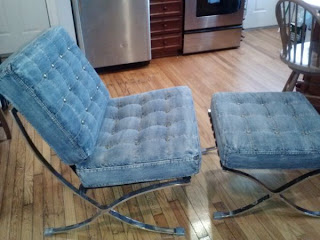 Is it spring yet?

Did you all enjoy that nail-biting Superbowl 2013?  I must admit, the whole sports thing is beyond me, but I'll take any excuse I can get to grill up a few burgers and brats.  I probably spent more time out tending the BBQ than actually watching the game. 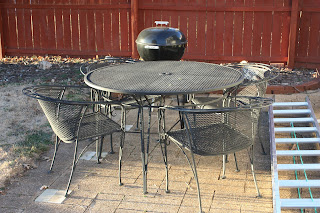 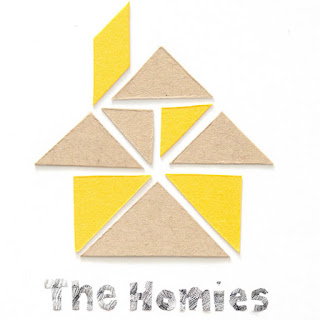 It's that time of year again!  Mid-Century Midwest is in the running for the 2013 Apartment Therapy Homies Award.  Hit the link below and show your support (and remember, you can vote more than once and show a few of your favorite blogs some love).  We sure would appreciate it.  Thanks everyone!

Posted by nickarmadillo at 9:29 AM 3 comments: