Over the last several months, My girlfriend and I have made a habit of visiting area thrift stores in the hope that we might stumble across some treasures. A few items have made the cut so far, but one of our earliest scores turned out to be my personal favorite.

This amazing bedroom set was sitting in the basement of the local Salvation Army, just begging to come home with us (the pictures don't really do it justice). 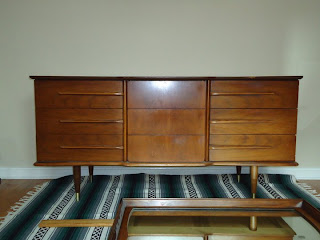 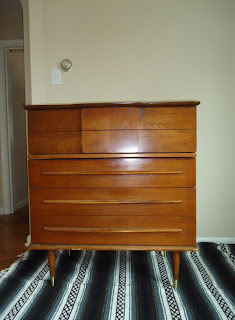 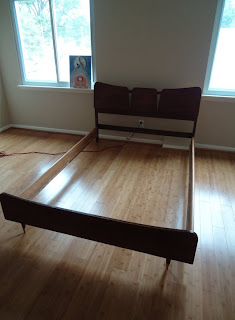 It wasn't marked, so I inquired about the price and waited ... and waited ... for a manager. An hour later (and after witnessing a fellow shopper walk off with a pair of sandals shoved into his pants) we were loading everything into the van and on our way home.

It's no Broyhill Brasilia, but I find the lines, on the lo-boy in particular, very attractive. The set looks almost Streamline Moderne and reminiscent of the front end of a 1951 Buick LeSabre. 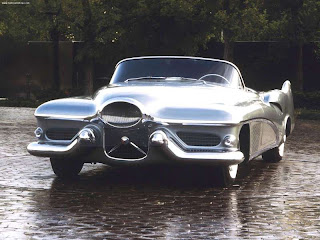 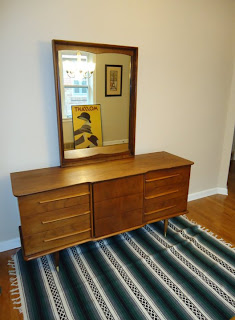 There are, naturally, a few imperfections. The finish is worn and the wood is bone-dry, but the pieces are in passable condition. If I get some practice in, they might be good candidates for a Howard's Feed-n-Wax treatment. In the mean time, I'm attempting to identify them. There is a United Furniture Corp. stamp, but I can't seem to find anything on the line to which they belong. Any ideas? 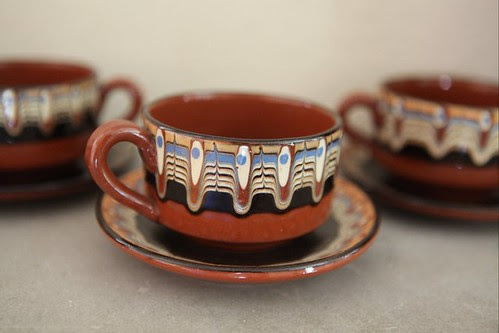 Our first find came all the way from the UK. My girlfriend snatched up this great ceramic tea set at a "boot sale" before her trip over. We did a bit of googling and found that the pottery style, Troyan, originates from Bulgaria and that it frequently contains lead. So much for that tea party... It'll make for a nice decorative set though.
Posted by nickarmadillo at 7:36 AM No comments:

We all have to start somewhere

Well, it turns out that the only thing more tiring and overwhelming than purchasing a new house is actually moving in (an ongoing project even now, 2 months later).

With the help of a few family members (Thanks guys!) I managed to pack and unload most of my worldly possessions and give my humble abode a cursory cleaning before the girlfriend arrived and gave it her seal of approval. However, it turned out that what filled a small 2 bedroom apartment left a 3 bedroom house feeling somewhat vacant. The lack of window dressings also made for an interesting trip from the shower to the bedroom every morning.

Time for some shopping, right?

But wait ... as with all of my endeavors, I may have gone a bit overboard in the planning stage. Over the next several days, I developed a design plan, complete with sketches, 3D models, and color charts. You see, I've always dreamed of designing my own home, and this was my big opportunity to start from scratch.

The girlfriend was, at first, not convinced. She is more of an English Country girl and I'd gone full Mid-Century Modern. However, I eventually won her over with my charm (or perhaps just my eagerness and persistence). Now all that was left was to ... well ... actually buy everything.

As you can see, the house is Craftsman era (as pointed out by Mr. Modtomic), but I think that the two styles blend well together. 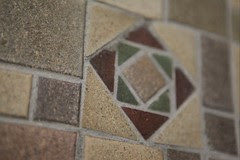 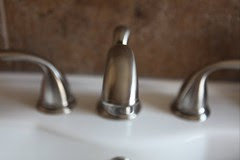 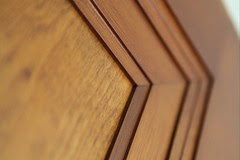 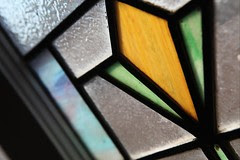 Welcome to the new blog!

Well, I'd planned on starting this thing months ago, but you can see how that went.

Just to get you all up to speed, I recently finished graduate school and landed my first long-term, "big boy" job. Everything was finally starting to calm down, and I, for once, had some free time and money. This was the life that I'd been waiting for: no papers, no studying, paid work, few responsibilities. However, It turns out that I'm a masochist, and instead of traveling or taking on a hobby, I chose to purchase a house.

In this market, one might assume that finding a suitable property would be a snap. Not so! It took several months of complete dedication and no small amount of blood, sweat, and tears. My girlfriend and I must have viewed over 40 houses, much to the joy of our real estate agent. We finally settled on a 1940's 1 1/2 story brick "gingerbread" in southwest St. Louis, but then came the bidding and the paperwork. Oh the paperwork ...

Looking back, I likely underestimated the amount of time and resources this undertaking would consume, but I don't regret it one bit. I'm going to make this house a home.

I apologize in advance for any spelling or grammar errors.  I'm a perfectionist, so if I were to sit and edit my posts, it would take all day and end up being no fun.  I also claim no expertise in Danish and Mid-Century design.  I'm just a man on a mission to have a stylish looking home on the cheap.

Posted by nickarmadillo at 6:53 PM No comments: