Looks like I'm a little late to the Brasilia party

I'd planned on posting this the other day, but there's just not been a single minute where I could sit down and write up an entry.  I've been a busy boy.

See, Mr. Modtomic and I went halfsies on this striking Broyhill Brasilia bedroom set and I've been selling like mad on Craigslist and Ebay.  Grueling work that selling is. 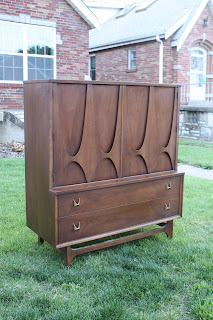 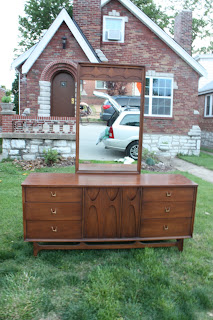 I've already got one of these gentlemen's chests, but you have no idea how hard it was to part with the rest of it.  I've set my heart on a roomfull, but it'll have to come another day.  There's bills that need paying, after all. 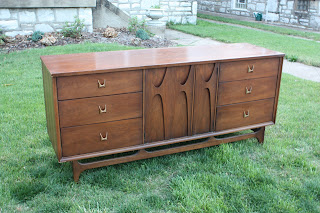 The buyer just moved into an amazing mid-century home (with a freakin' stream running under it and a huge sunken living room!) that I hope to feature sometime soon. 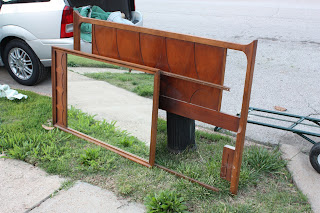 If you want to hear the details on this rather convoluted flip, head on over to Mr. Modtomic's place.  It's always a pleasure, Mr. Mod.

Also, for the Tom Waits fans among you, click this link.  It's mesmerizing.
Posted by nickarmadillo at 5:45 PM